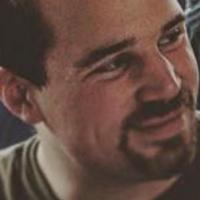 I’m a Ruby Developer based in Minneapolis.

Python and Javascript aren’t so bad either.

I’m originally from Chanhassen, MN - home of the late Prince Rogers Nelson and Eckankar. I’d like to think I still turned out somewhat normal.

I currently work as a platform engineer for Flipgrid - a social learning and engagement video platform at Microsoft.

Prior to my time with Microsoft, I worked as a software engineer at Gannett, a rails engineer at Apruve and as a software consultant in Optum Technology’s Innovation Garage. I have also taught several courses at the University of Minnesota’s coding boot camp.

Outside of work, I bowl in a league at Town Hall Lanes with some former coworkers, and dabble in tabletop tomfoolery - Gloomhaven is my latest addiction. I never seem to tire of Seinfeld and Mystery Science Theater 3000 reruns, and have a soft spot for 80’s college rock - especially, R.E.M. and Big Star.

I hold degrees in Chemistry and Computer Science from the University of Minnesota, Twin Cities.

Not unlike a mattress - this tech list is where I feel at ease.

Don’t be a Stranger